I’m home sick today, so I’m a natural captive audience for free movies, or so I thought.

Microsoft did run a few attack ads against the iPad. For the Surface RT. Almost, but not quite clever. Because no one wants voice commands, and in Microsoft’s world, you can’t create on an iPad. The fact that I’m able to write this blog posting as a combination of dictation and typing on an iPad is apparently something beyond Microsoft’s understanding. The Microsoft Surface Pro is actually pretty cool, but that’s a topic for another time. But it wasn’t advertised at all.

So….Sony is leveraging their content, selling ads….badly, as if it were TV 30 years ago. Their ad customers (RIM, GM, Microsoft) aren’t insisting on better, because they don’t know any better themselves. Sony isn’t even advertising their own properties to ad variety to the very small catalogue of ads…making it more of a “late night TV on a local station” experience than an interactive showpiece.

Crackle is interactive, only in the sense of allowing click through to a website, but no changes in the experience in the app. On this platform, RIM is shouting into the abyss, trying to say “hey, we’re here, and we have something cool to offer our loyal customers”…to someone who isn’t even on either platform, when there is a natural opportunity to target the platform, they don’t have loyal customers for their new platforms, learn something from the audience response, engage new customers…it’s just sad. Microsoft is trying to say “hey, we’re here, and we’re cooler than Apple…” and I don’t see how that’s going to work out for them. Didn’t work for Zune, either, and wishing it would work isn’t going to make it so.

I don’t think it takes an HBR study to say what went wrong in the case of any of these companies. In my humble opinion as a student of technology management, it is absolutely horrifying complacency, taking the easy way out, and apparently not even wondering why things are going badly…if they did, they’d ask. If they did ask, or even vaguely cared what the customers think, they wouldn’t run the same ad every 10 minutes with no way to skip, targeted to the wrong audience.

Does that make sense to you? Am I missing something? Comments welcome. 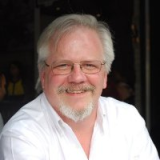